The kids entered a "little wranglers hay hauling competition" at the county fair.  Oh my word.

The objective is to pull the wagon to three stacks of hay, load the hay, and circle back to the starting/finish line.  In theory one child pulls the wagon while the other loads. 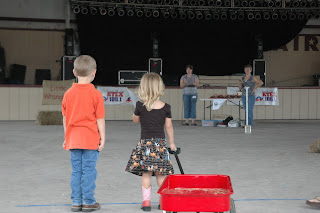 They look like they're off to a good start.

They both ran off without the wagon.  Didn't get a picture of that; I was too busy "coaching." 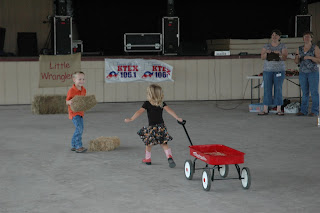 OK, now they're getting the hang of it.

Then for some reason they leave the wagon in the center and bring each hay bale to it, separately.

No other team used this strategy; I'm still not quite sure what that says about my kids.  Independent thinkers? 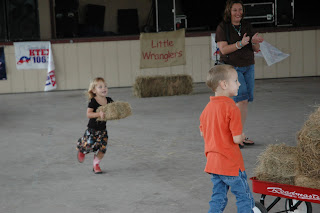 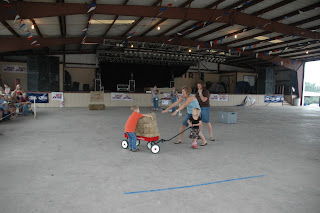 They've almost made it!  The finish line is in sight! 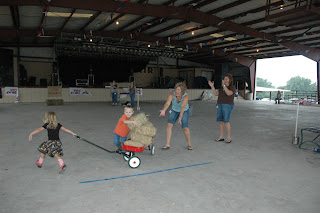 But wait; where is she going?  Another lap?

They eventually finished, or at least got somewhere near the finish line with most of their hay still in the wagon.

They were awarded green ribbons that say "Participant."

They were proud of themselves, and so was I.  What can I say?  They did it with spunk and enthusiasm, which the stopwatch doesn't measure.

And we move on to the next event. 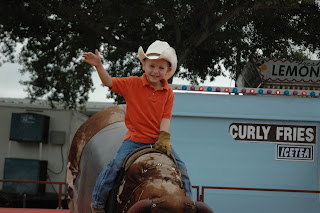 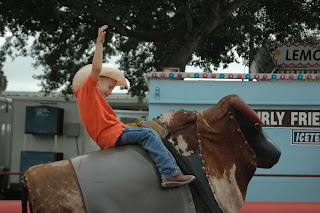 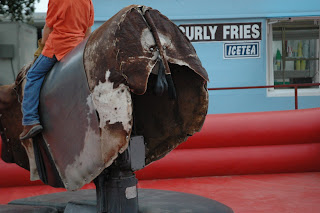 Is this really necessary??? 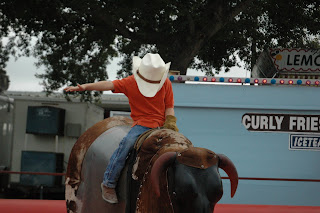 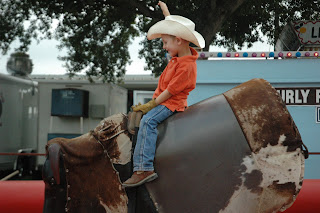 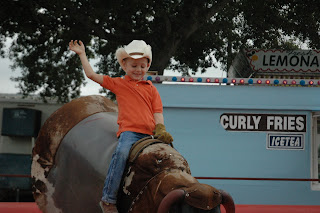 Maybe I should let him watch Eight Seconds.  Is that age appropriate?  I'll have to check on that.

Never one to be outdone: 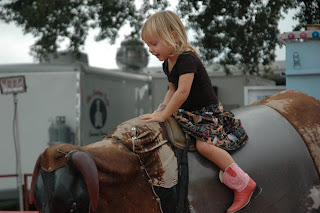 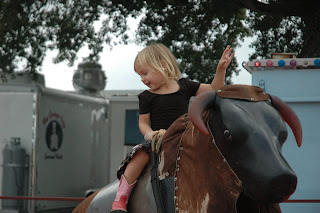 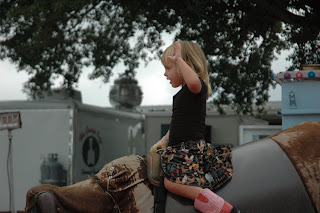 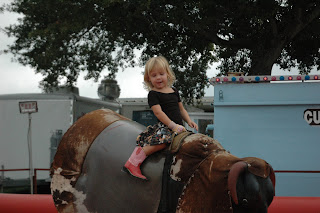 Last but most certainly not least: 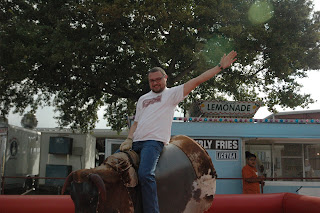 I'm lucky I had a good excuse, with the belly and all.  Next year I'll probably have to get on the darn thing.

Speaking of the belly: 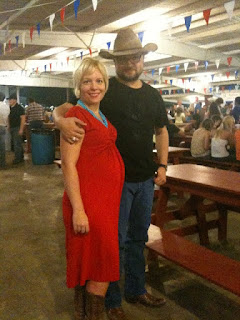 awww...just when I thought the pictures couldn't get any cuter!

Your kids are SO precious! And you look absolutely beautiful :]

Brandi! This is cute..what fun. I know G would have loved this..I love your chronicle of what the heck are they doing? Its like teaching potty training with 22 steps. Your hair, your dress and tourquoise necklace and cowgirl brown boots...love it!!

ha!!!
i love that shot of you directing them! so great! gotta love those little independent thinkers of yours : )

and you! you are looking beautiful! i need to see that belly in person- it's been too long!

that actually some stranger directing them, the lady in charge of the race. i was too busy taking pictures and laughing so hard i cried. she practically had to step in and pull the wagon herself.