This trampoline was a great purchase. We gave it to Jonas for his fourth birthday. It's a great way to burn off some energy, especially on a rainy day. Now, when they're running in circles around the kitchen, I can send them to "jump it off." 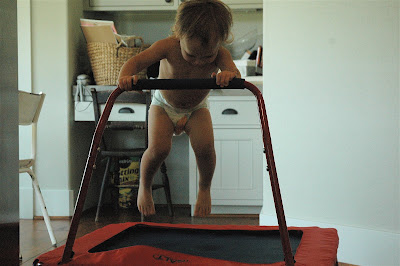 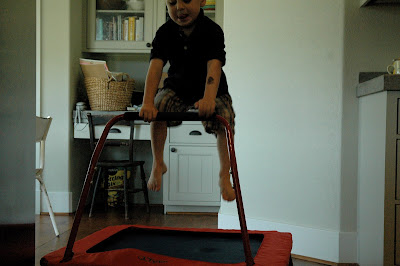 It does take up some space, though. It's described as "folding," which it does, but not as easily as I hoped. It could slide under a bed without too much effort. The handlebar is removable and the legs fold down. I like that it uses a bungee cord rather than metal springs. No pinching!
Posted by Mommy, M.D.